Competition law consists of rules that are intended to protect the process of competition. It maximises consumer welfare by for instance encouraging efficiency and innovation, reducing prices, optimising output, upgrading the quality of products on the market and offering consumers more choice. The guiding principle is that competition law requires companies to act independently of each other.

The rules of competition law

European competition policy is developed from two central rules set out in the Treaty on the Functioning of the European Union: Articles 101 and 102 of the Treaty (similar to Articles 6 and 24 of the Dutch Competition Act. 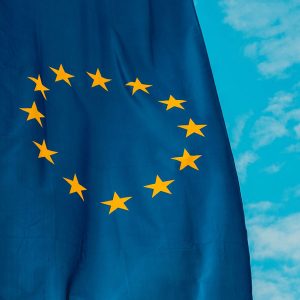 Article 101 of the Treaty (and Article 6 of the Dutch Competition Act) prohibits agreements between two or more independent market operators which restrict competition. This provision covers both horizontal agreements (between actual or potential competitors operating at the same level of the supply chain) and vertical agreements (between firms operating at different levels, for instance an agreement between a manufacturer and its distributor). Only limited exceptions are provided for in the general prohibition. The most flagrant example of illegal conduct infringing Article 101 of the Treaty is a cartel between competitors, which may involve price-fixing and/or market sharing.

Abuse of a dominant position

Article 102 of the Treaty (and Article 24 of the Dutch Competition Act) prohibits firms that hold a dominant position on a market to abuse that position, for example by charging unfair prices, by limiting production, or by refusing to innovate to the prejudice of consumers.

The European Commission is empowered by the Treaty to apply these rules and has a number of investigative powers to that end (for instance inspection at business and non-business premises, written requests for information, etc.). The European Commission may also impose fines on undertakings which violate the EU competition rules.

National Competition Authorities, such as the Dutch Authority for Consumers & Markets, are empowered to apply Articles 101 and 102 of the Treaty fully, to ensure that competition is not distorted or restricted. National courts may also apply these provisions to protect the individual rights conferred on citizens by the Treaty.

Contact us in order to know where you stand!

On the aforementioned topics InesLegal offers the following services: